An EMD GP38-2 is a four-axle diesel-electric locomotive of the road switcher type built by General Motors Electro-Motive Division. Part of the EMD Dash 2 line, the GP38-2 was an upgraded version of the earlier GP38. Power was provided by an EMD 645E 16-cylinder engine, which generated 2000 horsepower (1.5 MW). 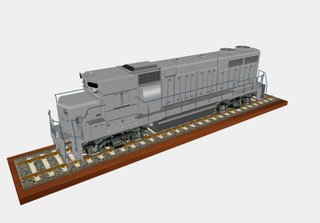 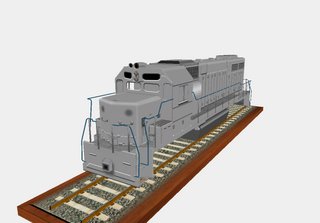