Rodgers and Hammerstein embraced the man-boob. 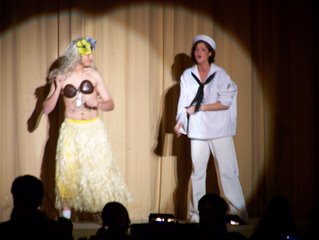 Meanwhile, the restless sailors of the Navy, led by the entrepreneurial seabee Luther Billis, are lamenting on the absence of women or combat to relieve their boredom, when Lieutenant Joe Cable of the U.S. Marine Corps arrives on the island to take part in a dangerous spy mission that might help turn the tide of the war against the Japanese. 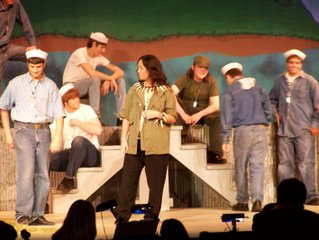 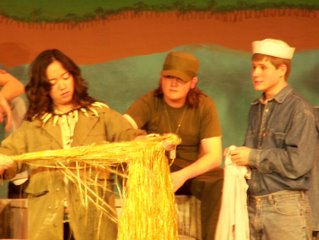 As only officers can sign out boats, Billis notices this opportunity to be able to get over to the mysterious and valuable island of Bali Ha'i, and convinces Cable to accompany him. On Bali Ha'i, Bloody Mary, the native souvenir dealer, introduces Cable to her daughter, Liat, and the two fall in love. 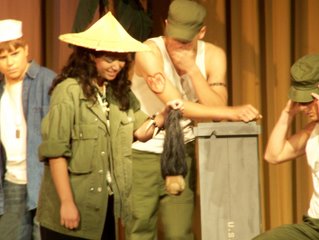 The two couples prosper, and proposals of marriage are made; however, Nellie is shocked to discover that Emile has mixed-race children from an earlier relationship, and Cable refuses to marry Liat due to her race, infuriating Mary. Dejected and with nothing to lose, Emile and Cable agree to go on their dangerous mission, successfully sending reports on enemy action. 'Operation Alligator' gets underway, and the previously idle sailors, including the reluctant Luther Billis, are sent into battle. Unfortunately, Cable is killed during the mission, and Emile narrowly escapes a similar fate to return home to the now-understanding Nellie and his children.
The plot has been called flimsy by some because they see it as over-emphasizing the popular and well-known songs. However, the issue of racial prejudice is sensitively and candidly explored; James Michener claimed he was pressured to ask Rodgers and Hammerstein to take out the Joe Cable story, because it involved miscegenation. 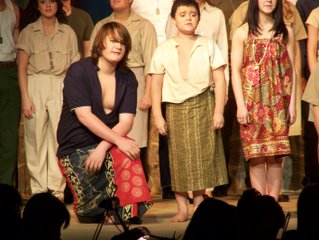