Rumors about the Obama health plan... 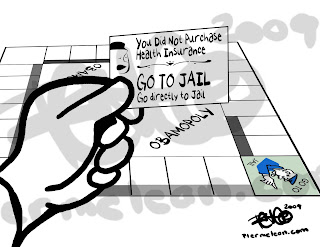 Wow, October is upon us ... Summer, where did you go? I but blinked and you scuttled away from us. September was a blink as well. Spent most of my days sleeping in and staying up late. We should be getting ready for the Halloween party this holiday, cakes and punch and tricks and or treats. I do have two big white sheets that I bought because I wanted to make a movie screen but for the record, white just soaks up the image, should have known that... Dale and I plan on heading up to the 'yoop for a few days here in early Oct. Need to see some waterfalls and smell the fresh, crisp U.P. air. BREATHE IT IN! My Xbox has been sitting idle for quite some time now, too long I'd say. After beating the "Fallout 3" expansion, I have nothing to play. Recently I have switched over to PC gaming to cure what ails me. Blasted through "The Tales of Monkey Island", all three chapters. There was Launch of the Screaming Narwhal, The Siege of Spinner Cay and am currently playing Lair of the Leviathan. Chapters 4 & 5 come out within 2 months. You can get a subscription to all 5 games here. Last weekend Brandon Burton and I attended the Holly, MI Renaissance Festival... I have never been to a renfest before and I was quite amused. It is an entire permanent village complete with jousting areas and food and beverage huts, along with countless numbers of shops, demos and entertainment. Everyone is in good spirits and always friendly. I recommend going at least one day in your life as it is absolutely worth the 15$ ticket price. I have made a video of the images I took that can be viewed here. It was made with After Effects and Trapcode Particular particle effects.


I also wanted to post this video ...since Fall is upon us some Godspeed you Black Emperor is in order. This was made so long ago. p.s. everyone collectively say "HI" to Tyler being so far away. You rock Mitchbot. Peace.

Godspeed You Bowler from Dr. Bruce on Vimeo.