The Father of Our Technological Lifestyle... 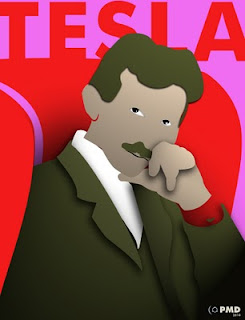 Ah, the father of AC DC current. Tesla actually sent a wireless signal over one mile in the early 1900's. Way before the competition. He died penniless as a poor old man. Every time I think I may be broke, I think how insignificant it is because the man who revolutionized the modern world died broke and most likely alone. Godspeed Tesla, Godspeed.

I also uploaded a .gif version. I like how it banded and gave it its own little Internet flair.