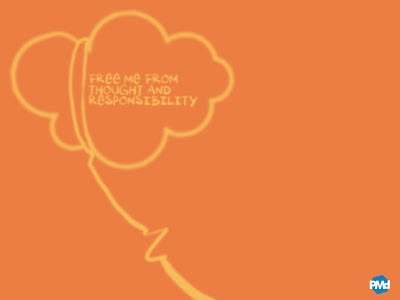 In philosophy, a thought experiment typically presents an imagined scenario with the intention of eliciting an intuitive response about the way things are in the thought experiment. (Philosophers might also supplement their thought experiments with theoretical reasoning designed to support the desired intuitive response.) The scenario will typically be designed to target a particular philosophical notion, such as morality, or the nature of the mind or linguistic reference. The intuitive response to the imagined scenario is supposed to tell us about the nature of that notion in any scenario, real or imagined. For example, a thought experiment might present a situation in which an agent intentionally kills an innocent for the benefit of others. Here, the relevant question is whether the action is moral or not, but more broadly whether a moral theory is correct that says morality is determined solely by an action's consequences (See Consequentialism). John Searle imagines a man in a locked room who receives written sentences in Chinese, and returns written sentences in Chinese, according to a sophisticated instruction manual. Here, the relevant question is not whether or not the man understands Chinese, but more broadly, whether a functionalist theory of mind is correct.
Email ThisBlogThis!Share to TwitterShare to FacebookShare to Pinterest